This video is getting towards the 2 million  in 4 years views on You Tube so it holds meaning for people. The Personal and Social Capability is about enabling or blocking yourself and enabling or blocking others. Could you do any of the things shown in this video? Would you want to? Would you want to encourage others to do any of the things in this video? Would you want to be the one who stops them? I don’t want to jump into the Grand Canyon or anything like it. I would not encourage anyone else to do it. This video has made me think about where my boundaries are and where they are for me as a teacher. There is no doubt when you watch the video that these people are truly amazing in what they can do and what they have achieved. It really is about how high we can fly as human beings. I was thinking about the risk assessment for some of the things. What would it be and how would you put it in place? This is why we need the Personal and Social Capability. We do need to enable ourselves and others. We shouldn’t block ourselves and certainly not others…but where would you put the boundaries?

Experience is a great teacher and so this clip would be a good way to get students to engage with older people to get he benefit of their hindsight and life experience. It would also be a good way for them to engage with technology and work out how to present a message which would mean something to others.  According to the ACARA indicators, for self-awareness students need to be able to :

understand themselves as learners

The video is a a good way of reflecting on what they learn and find out. Year 10s could make a presentation which would be suited to Year 8s. Year 8s could look at what different age groups would say to them at their age. There would then be a mulling over process and then a capacity to look at themselves as learners and as emotional beings. This clip encourages emotional intelligence in a very practical and appealing way.

For self-management students need to be able to :

This video is about Britain’s approach to assisting self-management with health care but if you put it into an education context then it has some good suggestions and recommendations which we could use in schools. If you provide students with good quality information so they can see a range of options in terms of their behaviour and choices and then  increase their capacity to set good goals for themselves our job as teachers becomes that of mentor. We can help students to become realistic about moving forward. We can help show them what is blocking them from getting to where they want to be. We can provide some good digital resources so they can explore ideas and options for themselves. One good point the video makes is not to push people into change. It is a case of providing them with positive ideas and plentiful good quality resources which will bring bout light bulb moments. The video looks at how useful technology can be in doing this. There are so many sites, apps,  safe online resources which can help students find out things for themselves in the safe context of school with an adult who can help set a non judgemental perspective. By doing it this way we would be assisting students to become confident, show initiative and independence.

The social capabilities are about understanding relationships and learning to communicate effectively. This video puts it all in perspective so you can keep the tech-life balance.

I love little videos like this. They are engaging, they are uplifting and they make you feel like you can change and achieve. Goal setting comes up under self-management in the ACARA personal and social capability and I think the one step at a time is a good way to help students manage their approach to changing themselves for the better and getting what they want. They can use graphic organisers and mind maps to help themselves to work out the steps. It would be a good exercise to allow them to discuss their hopes and plans with others too. There would be all sorts of ways they could visually represent these steps so it would be an interesting visual and creative exercise too.

This video is made from a sales team point of view. Obviously schools are not about that but the concept of focussing  on solutions rather than problems is a good way to create team work, collaboration and participation in leadership activities . These are all indicators of the Social Management element of the Personal and Social Capability. The video gives you a clear idea of how you could approach students differently to get better outcomes with these indicators. It is about helping them create a new approach and perspective for themselves. More importantly the video highlights how you need to take the student from how they see themselves through a journey to help them reshape their social management skills.

How can I improve?

Couldn’t be happier with the way my Year 8s have responded to the social management capability feedback sheet. Again, they have come up with some really great ideas and sound approaches for resolving weaker areas in social management. Now I have completed my feedback set of the personal and social capability I can only say there is a lot of classroom power in this and I plan to introduce it early in the new school year next year for all my classes.  Here are their ideas:

This article on the Huffington Post blog about Why Generation y Yuppies are Unhappy gives plenty of food for thought and plenty of ideas about how to manage the frustration of Gen Y people. Those younger have also been brought up as special and have an even stronger idea about how to project themselves through social media and in a visual world and it is the negative side of that we often hear about in the news. This article gives us some insight as how we can better manage it and the Australian Curriculum gives us the perfect tool with its Personal and Social Capability. That is all about getting students to keep their feet on the ground and to look at how they impact on others and how others impact on them. It also addresses effective communication for dealing with issues and problems. Tools to manage your life positively. I have seen it at work in the year 8s I have explained this to this year. I have been more than impressed with how the work we have done has translated in effective , sensible action on their part to resolve issues and problems because they have the thinking and practical tools. This unicorn on the green grass with flowers is a wonderful image. It shows simultaneously the stuff of creativity and inspiration and then the pitfalls of not being grounded. The social awareness and social management aspects of this PASC are an opportunity to help students make realistic decisions and take realistic action without dampening their need to dream and dream big .

People often are frustrated because they think the other person doesn’t get them or that they can’t get help because they are being ignored, brushed over…This little cartoon hits the nail on the head in terms of effective communication. When people want to get help or want to be heard then often they are saying the wrong thing. They are not saying the thing which will penetrate that communication barrier and get their point across. Effective communication comes under the element of social management. If your message is not getting through, management is not going to occur. I think this will be a good little video to show my year 8s when I do social management with them. I often say, can you please ask that question again in a way I can understand or I say, okay, I’ll try and say that again in a way you understand. We often talk about understanding via good communication in my classroom. This video will help that. Curious to see what my students will think of it now.

At one point in our meeting today we worked out that it is better to let people talk rather than to terminate their contribution. We worked out that if someone had something to say they needed to be heard, often because it was important to them to say what they had to say or they would feel a level of frustration which we, as a group, could resolve just by letting them talk. That was an important step because we had been talking to a time limit in order to try and keep the meeting moving and to try and allow everyone to have a say at any given time. Jeffer London in his video explains clearly why it is important to let people talk and , in fact , to encourage meetings that run along those lines. It is about enjoying the meeting, taking pleasure in being with others and then allowing a flow of communication. Isn’t that the social capability? That’s what I am preparing to embark upon with my year 8s so the meeting has given me some good direction. In the rules of effective meetings, which is well worth reading , discussions are encouraged for the following reasons:

1. People feel good that they are consulted. This has a positive psychological effect on compliance. The implementation of the action is generally smoother if people have been consulted and informed.

2. People feel that they have at least expressed their views.

3. Sometimes it helps people to let off steam or pent-up frustration which adversely affects performance if not released.

4. Increases employee motivation as they feel that they are part of important decisions.

5. Sometimes excellent ideas are thrown up because of the diversity of thoughts and experiences of the participants.

6. The decision maker is better informed of the repercussions. Not only can this help in a more informed decision, it can also aid in a better planned implementation.

7. A meeting promotes interaction of people and keeps people informed.

Talking motivates people. The social capabilities are about learning to communicate effectively, contributing to social groups, understanding relationships, appreciating the perspectives of others , learning to collaborate and making decisions based on negotiation. Our decision on letting people talk has far reaching consequences for this social capability and as such provides a good stepping stone into the social capability. 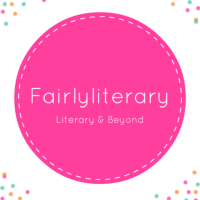 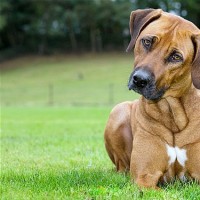